Prime numbers are one of the most basic concept of mathematics and are studied in a theory called number theory.

Primes are the numbers that can only be divided by 1 and and the number itself. For example, 11 is a prime number since I'm left with a remainder if I divide 11 by any number other than 11 or 1. 8 is not a prime because I can divide 8 by 2. 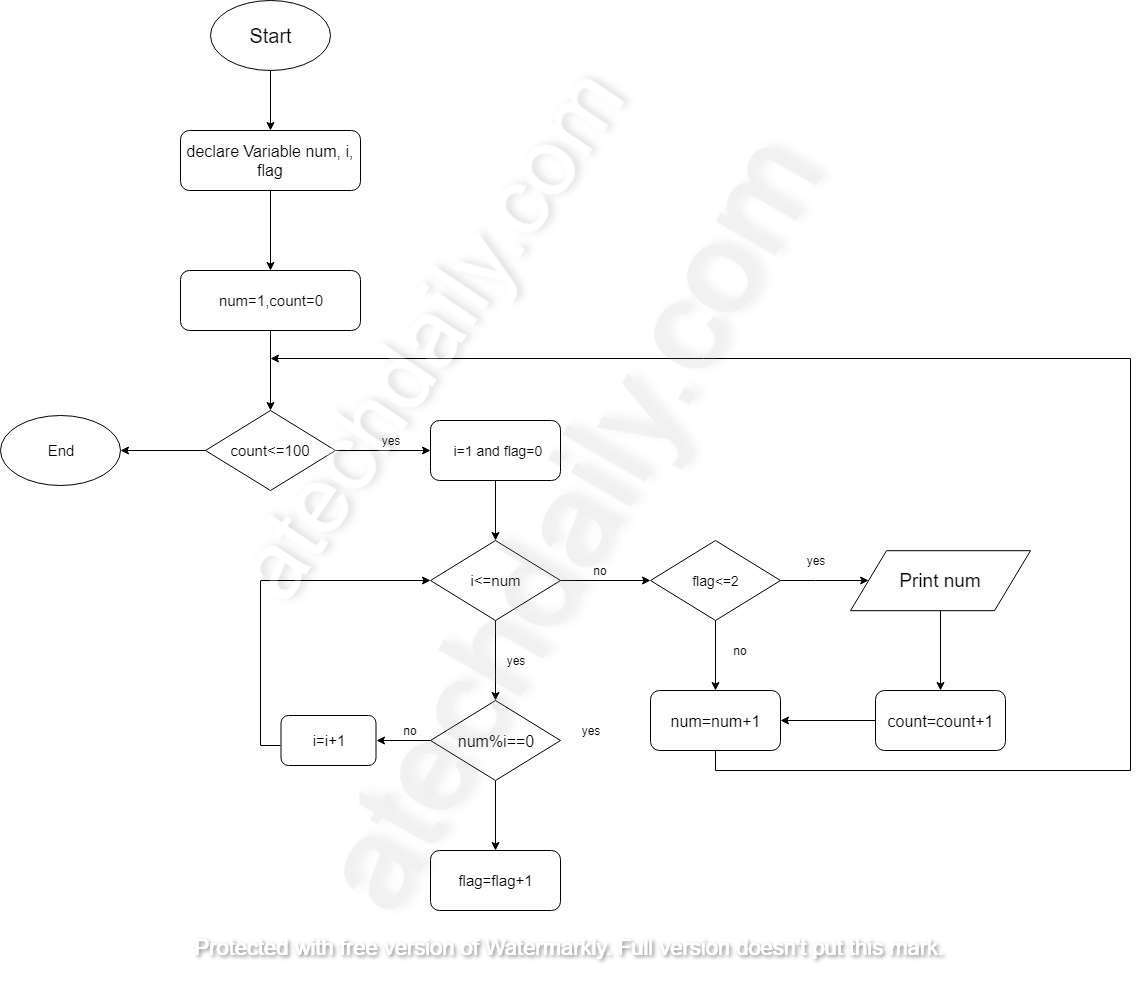 
In the above algorithm,

Algorithm for Prime Numbers up to 100

Flowchart for Prime Numbers up to 100