Hyperloop Technology is the future of Transport 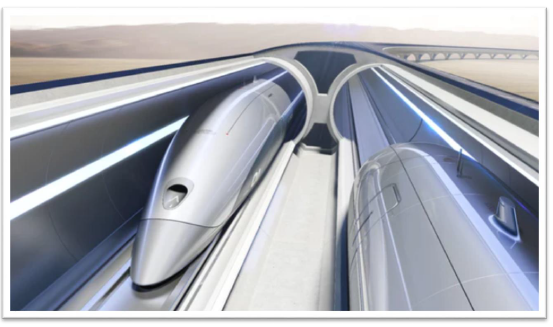 Want to travel long distances but don't have longer hours for commuting? Well, the answer to quick and easy transport is the Hyperloop. Imagine travelling the distance which usually takes an hour and a half by the traditional methods of transport, completes in only 12 mins. This development in the transportation industry is a huge success.

Hyperloop consists frictionless tracks on which passengers and goods travel in a vacuumed chamber. This results speed up to 1223 km/hr and emission free transport option. The vacuumed chambers in which the passengers travel are called capsules. The capsules are powered by a linear induction motor, an electromagnetic propulsion and embedded re-chargeable batteries. 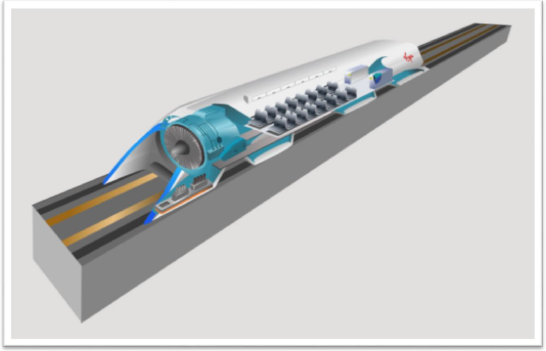 The initial designs of the capsule suggests that it would be around 30 meters long and can carry 28 to 40 passengers. A capsule will depart form the station towards the destination in every 40 seconds.

You can imagine the stress on the system when a capsule reaches speed up to 1223 km/hr. To withstand the extreme environmental stress, hyperloop produced a custom smart material and named it Vibranium. The material consists of the sensors and carbon fiber. This material provides real time feedback about the surface temperature, stability and integrity. The material is said to be 10 times stronger than Steel and 8 times stronger Aluminum while weighing 5 times less than steel and 1.5 times less than Aluminum.

The hyperloop's track system is built on pylons which are designed for less land acquisition which makes them more resistant to earthquake and other environmental factors.